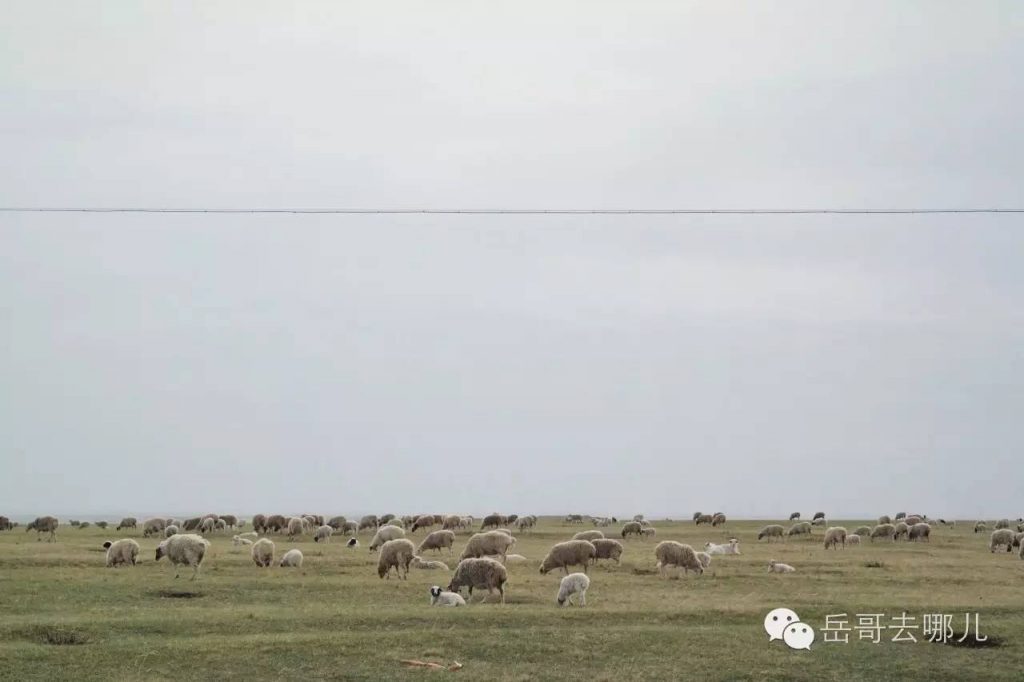 Riding a bike there was a complete disaster. Maybe I should have gotten a Jeep instead! A long part of the road was under construction so it was not a smooth ride at all. Maybe when the road is finished I might change my opinion about the ride from ‘horrible’ to ‘picturesque’. A huge Buddhist stupa could be seen long before I arrived in the city in Hulunbuir. A landmark of motivation?

The good news: Everything that surrounds the city of Hulunbuir is grass. Grass and wind. It is impossible to miss it. Hundreds of sheep bleating on the pasture, mundanely gnawling on their blades of grass. The bad news: “July and August are said to be the best season to come over here”- I can already sing a song about that friendly advice which slowly starts to annoy me. The ‘real’ grasslands or rather ‘really’ touristy area is some hours by car from the city and even closer to the city of Manzhouli in the west directly on the Russian border. I didn’t have the time to visit Manzhouli but I heard it is worth a visit,  maybe even more Russian bread shops than in Ergun city. Those buses to Manzhouli leave frequently from the central bus stop near the train station of Hulunbuir. But I am not here for vacation. I just happen to cross that area. And that was what the locals didn’t really understand. The city is named after the two rivers that flow through it. Legend has it that there used to be two lovers, a young Mongolian woman named Hulun, and her strong boyfriend Buir. Together, they defended the area against an evil spirit and eventually transformed into the lakes Hulun and Buir, providing the nomadic people with fresh water for the area and their live stock.

When I arrived in Hulunbuir I directly went for Chicheng Hostel. A nice place with great people. I was welcomed by a nice local couple, not Hulun and Buir though, cooking some nice local recipes together.The city of Hulunbuir is big but not too crowded and has a nice set of bridges all along the river. I took a ride around the city according to the advice of the hostel owner. And just like Ergun city, I felt that place looks nicer at night. Having reached Hulunbuir, with nothing but hundreds of hectars of grass around the city, I fully arrived in Inner Mongolia and I am excited to go on. South to…. wait for it!